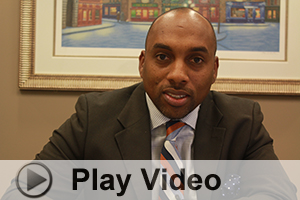 Belton continues to service eighty-percent of the clients referred to him from day one of his membership with GoodAccountants.com and anticipates he will generate a half-million dollars in revenue from these clients over the next several years.  Not bad for an out-of-pocket total investment of $52,670.

According to Belton, the smallest client he has retained from GoodAccountants.com pays him $14,000 annually and the largest, signed only three weeks ago, pays him $45,000 annually.  “I would have never found this client on my own because their parent company which is based in Switzerland contacted GoodAccountants.com for a New York City based accountant,” says Belton.  “I’ve never been to Switzerland and really wasn’t expecting to ever have a client located in that part of the world,” he adds.

Belton, along with hundreds of small or sole practitioner accounting firms across the country, have found GoodAccountants.com to be the best way to grow their practice while eliminating the risks inherent with going it alone in a vast digital-advertising landscape. The Company offers several different levels of marketing programs most of which come with some form of guaranteed billings.  The guarantee eliminates the risks small accounting firms face when they attempt to source clients on their own in advertising platforms that for the most part are unfamiliar to them. “I’ve use loads of different means of marketing and advertising and nothing else works,” says Ray Passero after spending thousands of dollars on such things as penny saver ads, mailing lists and even a television commercial without netting a single client.  Passero and his wife Carmella are also long-time members of GoodAccoutants.com.

GoodAccountants.com is an online accounting marketplace which matches business owners with local accountants. In its seventeenth year of operation the company has become the U.S. Accounting industry’s largest advertising aggregator.

For more information on how to take advantage of the current GoodAccountants.com $25,000 guaranteed billings offer please click here or call 1 (888) 326-9300.

Be the first to comment on "“I Just Picked Up A $45,000 Yearly Client From GoodAccountants.com”"