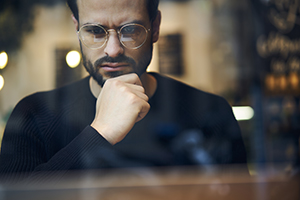 If your accounting practice isn’t billing at least $1 Million a year you might want to ask yourself why.  Don’t have a good answer?  Well take solace in the fact that you are not alone.

An article examining the profitability of small CPA firms written by Steven L. Nelson, the author of numerous accounting software how-to-books, points out the fact that most sole practitioners barely make more than a job-like salary.

In the AICPA survey which Nelson cites in his blog, 25% of survey participants generate revenues of less than $200,000 while US Census Bureau statistics suggest roughly 70% of small CPA firms generate less than $200,000 in revenue placing profitability at around $77,000.

In an era where more than 143 million Internet searches that incorporate the word “accountant” are generated each year, finding the solution to your limited revenue stream may not be all that difficult.  If your accounting practice is among those billing less than $200,000 you might be overlooking the most obvious path to growing your client base; the Internet.  But just putting up a website isn’t the answer. If you want to grow your practice by as much as 100% through digital marketing then you might want to contact GoodAccountants.com at 1 (888) 326-9300 to speak with a representative about tailoring a digitial marketing program that can help grow your accounting practice from $50,000 to as much as $500,000 in billings.

GoodAccountants.com is an online accounting marketplace which matches business owners in need of auditing, bookkeeping and tax preparation services with local accountants. In its fifteenth year of operation the company has become the U.S. Accounting industry’s largest advertising aggregator.

Stephen L. Nelson is a CPA working in the Seattle area who specializes in serving small businesses and their owners. He’s been a CPA for three decades, and his greatest expertise lies with tax issues related to S Corporations, foreign tax issues, small business consulting, financial planning, and individuals with complex personal finances. Steve has an MBA in finance from the University of Washington and an MS in tax from Golden Gate University. He worked as an adjunct professor at Golden Gate University’s graduate tax school and is the author of numerous software how-to books such as the bestselling QuickBooks for Dummies and Quicken for Dummies.  https://evergreensmallbusiness.com/small-cpa-firm-profitability/

Be the first to comment on "Why Isn’t Your Practice Billing $1 Million?"