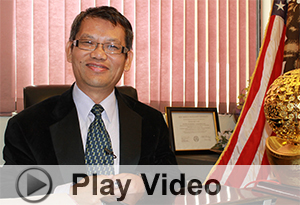 Certified Public Accountant, Robert Yang says he’s added $38,000 to his annual billings from clients that have been referred to him by GoodAccountants.com. Joining GoodAccountants.com as one of its local service providers on May 7th 2015, Yang has signed a total of seven new clients during his first year as a member of the nation’s fastest growing, online accounting service.

Yang’s goal is to add an additional $250,000 in client billings to his yearly income from companies that use the GoodAccountants.com website to find accounting professionals that can provide audit, tax and bookkeeping services.  Yang says he has personally benefitted from the dominant online advertising footprint, that GoodAccountants.com casts, which has made it the U.S. accounting industry’s largest advertising aggregator. “They have referred to me several of my largest clients in the one year I have been with them,” says Yang.

Among the clients the Monterey Park, California based CPA has retained from GoodAccountants.com is an OTCQB publicly traded company which manufactures a monitoring device that prevents intoxicated drivers from unlocking or starting their car’s ignition.  This one client according to Yang could potentially bring in more than a half-million dollars to his practice over the life of his tenure with them as their outsourced, Chief Financial Officer.

Yang says he is extremely thankful to the staff members at GoodAccountants.com for helping him obtain a publicly traded company as one of his clients.  “They worked hard for me to get this client,” says Yang.

GoodAccountants.com is an online, year-round, accounting marketplace which matches business owners and individual tax payers with local accountants. The company has been in business for more than 15 years and has several thousand accounting firms of varying sizes in its nationwide network. Its continued rapid growth has made it the U.S. accounting industry’s largest advertising aggregator.

Be the first to comment on "GoodAccountants.com Review by Robert Yang"