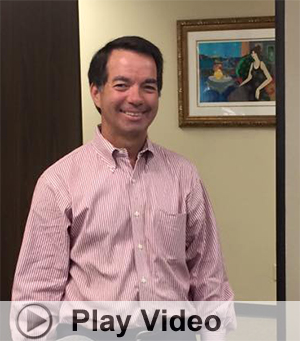 Thomas Crayton has collected $368,000 in total from clients referred to him by GoodAccountants.com since September 6, 2011

Who would think it possible to earn $150,000 on a $5,000 investment made less than five years ago. But that’s exactly what is happening to Thomas Crayton, a Houston, Texas area accountant, who decided to take Stephen Mack at his word when the two first spoke over the phone on September 6, 2011.  The conversation lasted for thirty minutes concerning a client that was looking for a new auditor and had retained Mack’s firm, GoodAccountants.com to find one. “The rest is history,” says Crayton.

Crayton would decide the very next day to pay the $5,000 membership fee to join GoodAccountants.com and meet with the prospective client Mack had contacted him about. After a meeting was hurriedly established by Mack, his client would engage Crayton for a consecutive three-year contract to do their annual audits with fees topping $75,000.

Now in the second phase of a new three-year contract with the company, once completed Crayton’s total earnings will exceed $150,000 for his original $5,000 investment with GoodAccountants.com.

“I speak with dozens of accountants each week concerning clients just like the seamless pipe company I referred to Tom Crayton five years ago but many of them don’t get it,” says Mack. “Some of them think it’s a scam while others ask if they can meet with our clients before becoming a member of our network which is ridiculous,” adds Mack. “If they visit our website and take a look at the thousands of accountants all over the country that are members of our nationwide network, they would easily understand this is the best way to build their practice,” explains Mack. “The truth is you have to be willing to make an investment in your own practice if you truly want to grow,” he adds.

GoodAccountants.com is an online accounting marketplace which matches business owners and individual tax payers with local accountants. The company has been in business for more than 15 years and has several thousand accounting firms of varying sizes in its nationwide network. Its continued rapid growth has made it the U.S. accounting industry’s largest advertising aggregator often topping competitors such as H&R Block for keyword searches that incorporate the word “accountant” and other accounting related search terms.  GoodAccountants.com’s online dominance is reflective of its year-round presence in the tax and audit marketplace as opposed to that of a seasonal business.  With more than thirty million key-word searches which are generated each year for accountants there remains a tremendous amount of growth potential for the industry.

The lure of large clients paying tens of thousands of dollars annually along with guaranteed marketing programs that allow accountants to grow their practice without having to take money out of pocket is attracting accounting professionals nationwide into the ranks of GoodAccountants.com.

Be the first to comment on "Accountant Tops $150,000 In Billings On $5,000 Investment With GoodAccountants.com"