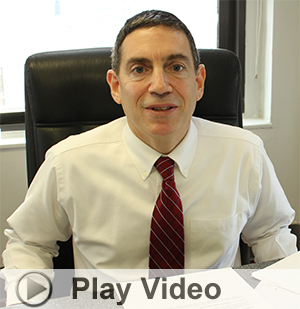 Larry Vollaro bills an additional $75,000 each year to clients that have been referred to him by GoodAccountants.com

Vollaro, whose Manhattan based accounting firm services about five hundred small to mid-size companies and five hundred individual clients, has added an additional $75,000 per year in billings to his practice since becoming a member of GoodAccountants.com on December 14, 2012. “We’ve tried everything, from telemarketing to direct mail but nothing has worked for us from a marketing standpoint except GoodAccountants.com,” says Valloro.

According to Vallaro, the fact that accountants retain their clients for an industry average of seven years, paying a marketing fee that is tied only to a client’s first year’s billings makes sense.  “If we retain the Hispanic Counseling Center for five years we will bill them more than $150,000 during that period of time,” he explains.  “That’s a great return on a one-time $25,000 investment,” adds Vollaro.

GoodAccountants.com is an online accounting marketplace which matches business owners and individual tax payers with local accountants. The company has several thousand accounting firms of varying sizes in its nationwide network and continues to grow rapidly. It is presently the U.S. accounting industry’s largest advertising aggregator often topping competitors such as H&R Block for keyword searches that incorporate the word “accountant” which is reflective of GoodAccountants.com’s year-round presence in the tax and audit marketplace.  With more than thirty million key-word searches which are generated each year for accountants there remains a tremendous amount of growth potential for the industry.

The lure of large clients paying tens of thousands of dollars annually along with marketing programs that allow accountants to grow their practice without having to take money out of pocket is attracting accounting professionals nationwide into the ranks of GoodAccountants.com.