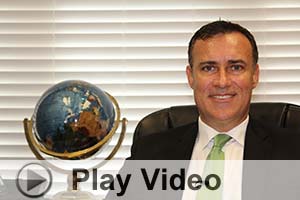 Richard Hayes says he will soon hit $500,000 in billings to clients referred by GoodAccountants.com

The real upshot here is Hayes will continue to collect $130,000 each year, ongoing, from these very same clients which he projects he will keep for at least another decade, which is an additional $1.3 million in earnings on his original $100,000 investment. The $1.3 million in future billings which he will collect is over and above the $375,000 he has already collected.

Hayes says he will top $500,000 in total billings by the end of 2016 just from the clients he’s obtained through his affiliation with GoodAccountants.com.  “I sit here five years later singing the same praises of GoodAccountants.com as I did five years ago, when I first did a video testimonial for them, it’s been a very good experience for us,” explains Hayes.

The remarkable return on investment experienced by Hayes, who has paid little more than $15,000 a year on average to market his practice through GoodAccoutants.com, is being realized by hundreds of accountants nationwide who comprise the company’s network of accounting professionals.  According to Michael Gartman, who is also a member of GoodAccountants.com, there is no other way to get this kind of return on your money while simultaneously building your practice.“ Our first client from GoodAccountants.com will end up netting us about $50,000 to $54,000 over a three year period which is a great return for us after only investing $5,000 with them,” says Gartman.

GoodAccountants.com is an online accounting service, that attracts thousands of small to midsize companies to its website each month, where they are matched free of charge with accountants, bookkeepers and auditors that are members of the GoodAccountants.com accounting network.  Business owners as well as individual tax payers, looking for a local accountant are giving the free referral service rave reviews just as the accountants who use it to grow their practice.