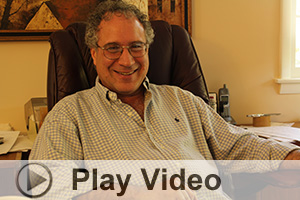 CPA Rich Rosenbaum will collect $250,000 from a single client referred by GoodAccounts.com

Like many accountants nationwide who have joined the ranks of GoodAccountants.com, the U.S. accounting industry’s largest advertising aggregator, Rosenbaum is close to growing his firm’s annual billings by six-figures.

Yearly accounting fees as large as one-hundred thousand dollars are being collected by accountants from a single client referred to them by GoodAccountants.com, who retained their services on an outsourced basis. A $3 million marketing firm referred by GoodAccountants.com last month to Jack Harrington, retained him as their outsourced controller for $72,000 in yearly billings.  Harrington’s practice is based in the San Francisco Bay area with additional offices in Houston and Boston.  According to Rosenbaum, the largest client he has landed from GoodAccountants.com will pay him a quarter of a million dollars over the next several years.

Be the first to comment on "Rich Rosenbaum Invests Fifty-Thousand Dollars With GoodAccountants.com"