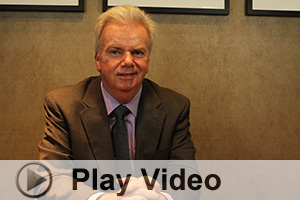 Jack Harrington’s $45,000 investment will bring him a minimum of $500,000 over the next 7 years from clients referred by GoodAccountants.com.

Jack Harrington is among a growing number of GoodAccountants.com members whose yearly billings are approaching or have already reached one-hundred thousand dollars per year, from their DSP marketing programs.

Harrington says he will collect ninety-thousand dollars over the next twelve months from clients he has retained from GoodAccountants.com, the nation’s fastest growing online accounting service. An amount for which he has paid only forty-five thousand dollars in marketing fees to GoodAccountants.com.  “With GoodAccountants’ two for one guarantee there’s no risk involved which makes it an easy decision that’s pretty much a no brainier,” says Harrington, who has offices in San Francisco, Dallas and Boston.

Over the next several years Harrington says he will collect more than a half-million dollars in accounting fees from just one of the clients which he engaged last month from GoodAccountants.com. The San Francisco Bay area consulting firm referred by GoodAccountants.com engaged Harrington as their outsourced CFO for a monthly fee of $6,000 or $72,000 annually.

With GoodAccountants.com’s two-for-one Designated Service Provider (DSP) Marketing Program, Harrington receives two dollars in recurring, yearly, client billings, for every one dollar he spends on marketing.  Essentially, with DSP marketing programs, accountants pay GoodAccountants.com fifty-percent of their first year billings from any client they engage, leaving the accountant with the other fifty-percent of the first year’s billing and one-hundred percent of all subsequent year’s billing for as long as they keep the client. “This has been a great deal for me,” says Harrington who is convinced there is no better way to build his accounting practice. “It’s far more cost effective than buying an existing practice where the cost is one-hundred percent to one-hundred and thirty percent of revenue on average,” says Harrington.