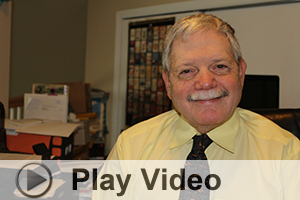 George Kalish, a Certified Public Accountant based in Springfield, New Jersey was first contacted by GoodAccountants.com on August 22, 2008. “Al Chisolm from GoodAccountants.com called me up out of the blue and told me he had a fellow that owned a real estate development company along with two construction companies that he was looking to match with a local accountant,” says Kalish. At the time, with the economy reeling from the biggest financial collapse since the Great Depression, Kalish would have to take a pass, due to personal issues. It would be another three years before Kalish would be contacted again by GoodAccountants.com.

Kalish would finally plunk down his $5,000 membership fee to join GoodAccountants.com on September 22nd 2011, after receiving a call about a $15 million software development company in Princeton, New Jersey. After GoodAccountants.com arranged for Kalish to meet with the owners of the company, it would become his first client with billings of $2,000 per month.

Unfortunately, the time commitment required to service the company would prove too much for Kalish and after three months he would advise them to make an internal hire to replace him. After parting ways with the software company, Kalish would then decide to upgrade his membership with GoodAccountants.com to its $25,000 Designated Service Provider (DSP) marketing program. His next appointment was with a $10 million construction company based in Saddlebrook, New Jersey which has become a $30,000 yearly client for him. “In summarizing all of my activities from the various clients, since I started with GoodAccountants.com I believe I should be billing to date about $40,000,” says Kalish.

For more information about how to become a member of GoodAccountants.com click here.

Be the first to comment on "Accountant Engages $36,000 In Yearly Billings With First Two Clients From GoodAccountants.com"