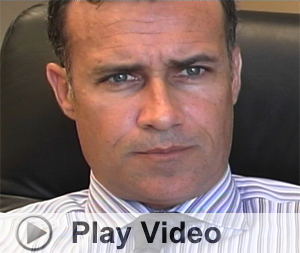 “I don’t know anywhere else you can invest $5,000 dollars and get back $35,000 in annual billings,” says Certified Public Accountant, Richard F. Hayes about his annual billings to the first of two companies referred to him by GoodAccountants.com within weeks after he became a member of the nation’s largest accountancy referral network.   I’ve earned eighty grand in total from the first two clients that I received,” says Hayes about his first ever experience with GoodAccountants.com.

Hayes describes the two companies he engaged through GoodAccountants.com as clients every accounting firm in the country would want as their own.   A sole practitioner based in Orlando, Florida he landed the first of two clients literally within a week after joining GoodAccountants.com for an engagement of $35,000 in annual billings only to be followed a few weeks later with the engagement of another client paying $45,000 in annualized billings.   “My return on investment in the case of the first client I landed from GoodAccountants.com was seven times my investment,” says Hayes.  I immediately upgraded to their $25,000 marketing program which guaranteed me a minimum of $75,000 in annualized billing for a 3 to 1 return on investment,” explains Hayes.

“We have signed commitments for $80,000 dollars in billings just from two introductions to two companies referred to us by GoodAccountants.com within weeks after we became members,” explains Hayes.    “Had I bought a practice for $80,000 dollars or had I bought these two clients from another practitioner they would have cost me $80,000 or even $100,000 or more,” he adds.   Now convinced that GoodAccountants can help him grow his practice in the most cost effective way possible Hayes plans to upgrade to a guaranteed marketing program that is offered by GoodAccountants.com that will net him in excess of $500,000 in additional billing.

“Frankly it makes sense that it seems too good to be true because the return on investment for me has been terrific,” says Hayes.  “I think what I’ve learned from this process is people are looking for accountants in non traditional ways,” he adds.   Although Hayes believes accountants should not completely abandon relationships with  financial or legal associates who have largely been a main referral source for the profession he also believes the downturn in the economy has created an urgent need for more proactive ways to offset the high client attrition rate that has been sustained by most accounting firms in recent years.

“What GoodAccountants has done is they’ve created a presence in the business place and when a client has decided to make a change which is the key, and they see the GoodAccountants.com presence and they go to GoodAccountants and they say ‘we need someone to help us find a really good accountant,’ that’s very different than a referral from a friend or business associate that may or may not be a good match for your practice,” explains Hayes.   “It’s because they’re not being solicited or sold, they’ve decided to make the change on their own and they’ve gone to GoodAccountants.com which is what makes the meeting so pleasant, so effective, because the client is ready to commit to make the change to a new accountant,” he adds.

“I think the presence that GoodAccountants.com has is the value they bring to the table which your average practitioner just can’t generate….that presence in the marketplace,” adds Hayes.   GoodAccountants.com is very helpful to business owners as well as they are non threatening to them and so they don’t get the feeling they’re being sold anything as they would if they were approached directly by the accounting firm.” Hayes further explains.

When asked how he first learned of GoodAccountants.com Hayes says he received an email which normally would have been discarded however something about it caught his attention causing him to read it.  He later received a phone call from Patty Schoenfeld, a senior consultant with GoodAccountants.com during which she informed him she had a client in the area that was looking for a new accountant.  “I’m glad I listened and kept an open mind,” says Hayes.