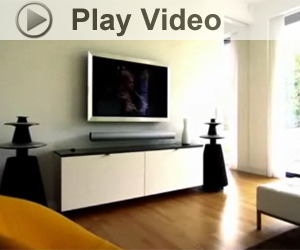 You cannot escape the shouts of doom. “The economy is collapsing!” some talking head exclaims on a news program. Then another rattles off the latest unemployment numbers as though taunting you. An “expert” says businesses will have to shut their doors en masse if Obama’s stimulus plan doesn’t work. Oh no, not another Depression! What will you do? You simply smile as though knowing something no one else knows. You roll up your sleeves and get back to work. There’s a business to build. Deals to make. And toys to reward yourself with.

While one shouldn’t avoid what’s happening in the economy, the dominant trait of successful people is the constant thought of being successful. No matter the environment they’re currently experiencing. This includes surrounding themselves with people, and things, that represent the vision of success. It may be difficult today with everyone proclaiming from rooftops that America is sinking faster than the Titanic. But it’s possible. First, turn off the pundits and quickly dismiss anyone who wants to pontificate about “our impending doom.” Okay? Now, close your eyes. Sit back. Relax.

Think of the one item you dreamed of owning once your business takes off; that something you identify as a representation of your success, so that you can finally holler, “I made it!” Maybe you see yourself in the gray Continental GTC from Bentley, roaring around long, serpentine roads flanked by million dollar homes perched along a hill. Perhaps it’s owning a Rolex Yacht-Master II to complement that other baby, the 447 Sport Sedan from Cruisers Yachts. What about arriving to your office in couture suits from the most gifted of designers, such as Gian DeCaro, who makes Bill Gates look as much as he’s worth? Haute living at its finest. Yes?

Okay, then what about a BeoVision 9 television from Bang & Olufsen, hanging from the wall in your entertainment room? You know the one whose screen rotates to follow the sleek hand held remote around the room. Imagine your guests wowed by its exquisite aluminum frame and crystallized picture that places them right in the middle of the action. Seven channels of sound surround them. Dual subwoofers shake them. And the integrated center loudspeaker moves them. Your friends will say you finally made it!

Components made by Bang & Olufsen are status symbols for many entrepreneurs. The Denmark based company possesses one of the world’s strongest brands, representing distinctive and exclusive televisions, music systems, loud speakers, telephones and various media products. Their components are so renowned for their artistic appeal that they can be found gracefully standing on display at the Museum of Modern Art in New York City. Celebrities revere B&O products not just for their style but also for their exquisite quality, output and durability. Bang & Olufsen’s components are often featured on the big screen and they adorn the walls of the multi-million dollar homes of many Hollywood celebrities.

Still imagining a Bang & Olufsen television gracing your home? Their products are just as well regarded as owning a Mercedes-Benz or Bentley, or wearing a Rolex or Tag Heuer watch. So what will mark your success?

Almost all industry titans who started from nothing dreamt of that one item that would allow them to feel successful. Whether it’s hanging a Bang & Olufsen television in every room or owning a rare coin collection, they had to have it to feel complete. They could have negotiated a ten million dollar deal and still felt unsuccessful; until they purchased that million-dollar Picasso or hobnobbed at least once with the social-elite. It’s a phenomenon that will never disappear, and should never invite criticism.

It’s in the rented basement where a cracked wall supports a poster of a silver Lamborghini Murcielago. It’s a distant daydream and at the same time a representation of what it means to have status, be well regarded and achieve success. The person, now with the exotic car at the center of his thoughts, dreaming of the day when he can drive it into his garage, is suddenly driven to start his business, even as the economy falters. These status symbols are the impetus for the Bill Gates of the world to move strongly in the direction of their dreams, to bleed their hands raw and burn midnight oils until there are no more candles left. These symbols of success that seem outrageous to the many keep the hearts beating and hope flowing for business owners struggling to make payroll or satisfy their monthly bills; their perseverance allowing them to experience that breakthrough that puts their business, and themselves, closer to their dreams.

So while the talking heads, the pundits and the random guy-on-line bemoans the current economic season, hoping to invoke some similar doom-and-gloom rant from you, just close your eyes. Sit back. Relax. Picture the item that will mark your success. Smile. You’ve bled, cried and sweat a thousand times for your business. So you deserve this moment. Now roll up your sleeves and get back to work. Your toys are waiting for you.