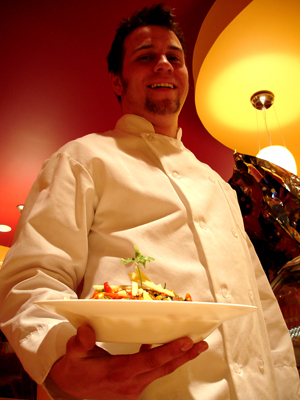 On July 1st 2009 GoodAccountants.com will award $25,000 to a small business owner or entrepreneur who comes up with the most original and practical idea for starting a new business or for improving an existing one. With the economy shrinking 3.8% in the 4th quarter of 2008, the worst quarterly contraction in close to three decades, and President Obama calling the economic downturn “a continuing disaster,” the $25,000 Business Plan Contest was created for the purposes of supporting small businesses and encouraging aspiring entrepreneurs during tough economic times.

“What the contest means to me is, the ability to give a business owner or entrepreneur $25,000 in cash that’s not a loan, but a prize,” says Johanna Laurent, CEO of GoodAccountants.com. “It’s money that doesn’t have to be paid back. It’s giving them the cushion to launch a business, or room to grow if they’ve already launched.”

There was a palpable sense of enlightenment and inspiration coming from Laurent’s voice as she spoke, “What could come from this is a business that employs 200 people, affecting 200 families, that makes a difference in a community. I don’t know. But it’s exciting to know that we’re helping cause it into action.”

The main goal GoodAccountants.com is committed to achieving is helping wannabe entrepreneurs who may now be unemployed and have been watching from the sidelines come to the realization that it’s time to take action. The way the economy is shaping up for 2009, and perhaps well into 2010, there may be no better time to take a chance on yourself and start your own business.

In order to qualify for the contest a small business owner or entrepreneur has to submit a 1 to 2 page executive summary describing an idea for a new start-up business or for expanding or improving an existing one. In addition, they must make a purchase of at least one of the following business services from as low as $99 through GoodAccountants.com’s website :

The official contest details can be found at, http://www.goodaccountants.com/contest/details/

The business plan requirement is an interesting concept. Instead of just purchasing something to qualify through a random drawing the contest requires contestants display some degree of skill and business acumen which are attributes Americans must return to if we are to reverse the economic decline taking place all around us. People are creative by nature and typically enjoy the opportunity to showcase their talents despite difficult times which can often serve to bring out the genius in the average person. Even someone who might not have thought of starting a business could become inspired enough to come up with an excellent idea to jump start a new business that could end up employing thousands of people.

Instead of having to purchase the latest useless widget to qualify for the $25,000 Business Plan Contest, GoodAccountants.com wants to make sure participants are serious about starting or improving a business by having them obtain services critical to their success.

“I’ve been through so much personally as a small business owner myself,” says Laurent. “Now we’re able to say, let us ease your way so that you can get there faster. We want more successful business owners.”

GoodAccountants.com understands the challenges associated with starting a business and the necessary ingredients to running it successfully. If you’re thinking about starting a business then it makes sense to speak to an accountant and incorporate yourself as well as obtain a website as first steps. If you own an existing business then you might want to consider using a payroll service that can keep you from getting into trouble for not paying the appropriate state and federal payroll withholding taxes.

Many small business owners who start out using “quasi-employees,” which are often called independent contractors, discover a year or two later they were suppose to declare these individuals as regular employees and withhold taxes from their paycheck. Now the business owner becomes personally responsible for paying all of the federal and state payroll withholding taxes they neglected to withhold from their employees over the period of time in question.

“It doesn’t matter that you did not withhold the taxes because you didn’t consider the person helping you in your business your employee,” says Laurent. “The state and federal government will still come after you for the withholding taxes plus penalties even though you didn’t deduct them from your worker’s paycheck.”

The experience can leave devastating consequences, including bankruptcy as well as the possibility of losing your business. The government can attach your business bank account and even put a lien on your home for the taxes you were responsible to withhold. It doesn’t matter that you thought they were independent contractors, you will still be held responsible. A quality payroll service can prevent such a disastrous situation from occurring.

Laurent offers this final advice to people who may still be fearful of taking that first step toward entrepreneurship during a deepening recession. “There’s a lot of value in being an entrepreneur, but you have to have the faith in yourself to do it. I want to ease your way through the process.”