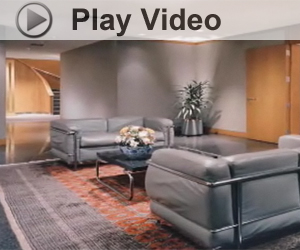 Bauerschmidt & Sons, Inc. is a  47 year old, closely held, family-owned manufacturing company that is nestled deep within the working class enclave that is located just beyond the shadows of Kennedy Airport in South Jamaica, New York. The owner and founder Fred Bauerschmidt stands among an ever shrinking group of talented artisans in the country who continue to manufacture and install their own work. The intricate interior design work that Fred Bauerschmidt performs is considered to be among the very best craftsmanship in the world as is evidenced by the caliber of clients he maintains which includes many Fortune 500 companies as well as such hallowed institutions as New York City’s Morgan Library and The Museum of Modern Art.

Employing more than 70 union and non union workers, some of whom have worked for the astute businessman for more than 25 years, Fred Bauerschmidt and wife Patty are resigned to leave behind more than just a legacy of fine craftsmanship to their two sons Fred and Ron Bauerschmidt. Instead, the Bauerschmidts are determined to leave a thriving and profitable business which has become increasingly difficult to do as a result of the most horrific business climate that has continued to persist for American manufacturers for the past thirty years. The exodus of manufacturing jobs to countries like India and China has become an overwhelming reality for almost every American. Despite the odds the Bauerschmidts are determined to stay the course.

In this upcoming episode we’ll examine how the Bauerschmidts have not only maintained but have successfully grown their interior design company in spite of the woeful business climate American manufacturers must face on a day to day basis.

Stay tuned for “Made in America” the story of Fred and Patty Bauerschmidt.