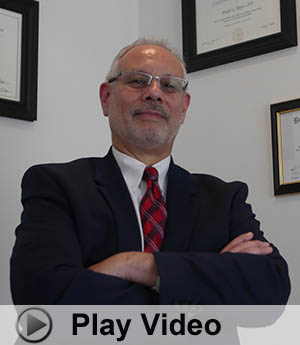 Would you make a one-time investment of $57,000 if it brought you back a 2Xs return of $110,000 in the first year along with an additional return of $110,000 every year thereafter? What if that same investment also came with an assurance your original $57,000 would remain 100% protected against loss? Want to know where such an investment exists? Just ask Certified Public Accountant, Joseph Reyes of JL Reyes Accounting and Tax Service LLC who says this has been his exact experience with GoodAccountants.com and that it has already happened to him. “The last two clients I’ve retained from GoodAccountants.com will pay us $50,000 a year and $60,000 a year respectively for two Outsourced Chief Financial Officer engagements they’ve referred to us back to back,” says Reyes.

“The CFO engagement we referred to Joe that will pay him $60,000 per year is with a medical facility located in Texas although Joe’s offices are based in Lansdale, Pennsylvania,” says Raquel Carter a Senior Consultant at GoodAccountants.com responsible for managing the marketing effort for Reyes’ practice.  “The great thing about outsourced Controllerships and CFO engagements is they often allow me to match businesses as far away as California with accountants in New York or Philadelphia since many business owners really don’t care where the accountant is located as long as the work gets done,” explains Carter.

In an industry known for its feast or famine physiognomies, maintaining a healthy, year-round cash flow is the biggest challenge facing accountants like Reyes who operate their own practice. Servicing clients who pay late while having to make payroll each week can become very challenging if not debilitating for sole practitioners and small multi-partner accounting firms. But with the advent of technology that now allow accountants to service clients remotely regardless of where they may be located, many accountants increasingly are turning to outsourced engagements to grow their practice.  Not only are these engagements more profitable for accountants they also provide a steady flow of cash each month unlike tax preparation engagements which are largely seasonal. In addition, the fees generated are substantially higher since such services are deliverable to corporations with more complex, year-round accounting needs as opposed to individuals that require far less complicated services.

GoodAccountants.com is an online, accounting marketplace which matches business owners looking for audit, tax and bookkeeping services, with accountants who are members of its nationwide network.  In its fifteenth year of operations, GoodAccountants. com has become the U.S. accounting industry’s largest advertising aggregator.