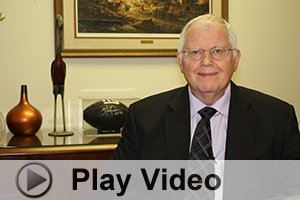 Alan Ross is a successful Certified Public Accountant whose accounting practice is based in Reading, Pennsylvania. Two months ago, he received a telephone call from Richard Shankle, a Senior Business Consultant with GoodAccountants.com. The call was concerning a non-profit organization in need of a year-end audit for which they were willing to pay $16,000 along with an additional $32,000 for two years of subsequent audits. The offer suddenly seemed too good to be true, according to Ross, when he was advised by Shankle that he would first need to become a member of GoodAccountants.com for a membership fee of $5,000.

For a total of $48,000 that would be paid to him, Ross was only being asked by Shankle to invest $5,000. “Where in the world do you get to make ten times your money in such a short period of time,” quips Ross. The answer is GoodAccountants.com, the nation’s oldest and largest accounting referral service.

Thirty million search queries incorporating the word “accountant” are generated each year by business owners and individual tax payers, many of which have turned to GoodAccountants.com to identify accounting professionals in their locale. The telephone call received by Ross from Shankle was one such instance of a local auditor being contacted by GoodAccountants.com to potentially provide audit services for one of its website site users.  In this case, the website user was a highly prestigious non-profit organization founded in 1849. Luckily for Ross, he would decide almost immediately to take Shankle up on his offer after speaking with him a second time the following day. Joining GoodAccountants.com less than 24 hours after speaking with Shankle for the very first time, Ross would invest $5,000 to engage the $48,000 audit client located just miles from his office.

Over the past fifteen years GoodAccountants.com has become the U.S. accounting industry’s largest advertising aggregator responsible for matching thousands of accountants with tens of thousands of businesses and non-profit organizations throughout the United States. The popular website is frequented by business owners, non-profit organizations and individual taxpayers in pursuit of accounting services ranging from six-figure audits to the filing of a simple tax return and everything in between.

Compelled by the monetary success he has experienced so quickly as a member of GoodAccountants.com, Ross has decided to share with other accountants across the country how he has landed a $48,000 audit client with only a $5,000 investment.  “If I hold onto this client for the next ten years I will earn approximately $175,000 on my initial $5,000 investment,” says Ross.

Our camera crew traveled to Ross’ office in Reading, Pennsylvania to film him in the video segment that can be viewed from this article.

Be the first to comment on "Alan Ross, CPA Reviews GoodAccountants.com"