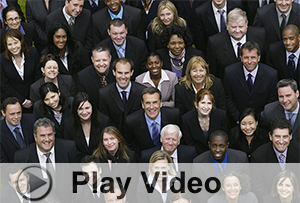 Some within the accounting community believe anything that is disruptive to long established accountancy traditions, many which were forged more than a century ago, is bad for the accounting industry. Believe it or not, handing out a business card was once frowned upon by many State Accountancy Boards when it was done by accounting professionals. However the arrival of the Internet along with social media, online search and digital marketing are supplanting the accounting industry’s old-school ways of doing things. At least that’s how Thomas Crayton, sees it.  Crayton, a Certified Public Accountant based in Stafford, Texas, has collected more than $248,000 over a three and a half year period from clients he has obtained from GoodAccountants.com since September 7, 2011.

Crayton says he owes a debt of gratitude to another accountant based in Oklahoma City who is a member of GoodAccountants.com whom he called up for a reference about the company when he was first approached by Stephen Mack back in 2011 concerning a prospective audit client.  “Had she not told me about her own success with GoodAccountants.com, I probably would not have joined,” says Crayton.  “I’m so glad I did,” he adds.