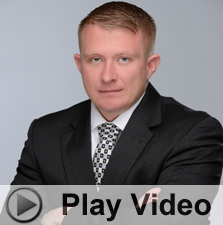 Stephen Cromwell is a certified public accountant whose practice is based in College Park, Maryland. He officially joined GoodAccountants.com, the nation’s fastest growing online accounting service, on January 12, 2013 upon purchasing a six-month membership for $5,000. Two days later, Cromwell met his first referred client from GoodAccountants.com, a ten-year old, IT security company, in need of three years of 401K audits for which they would pay a total of $27,000.  Shortly after meeting with the prospective client, to his dismay, Cromwell would learn his firm would not be retained to perform the audits. The unwelcomed news would cause him to question his decision to invest $5,000 in a marketing program which was something he had never done. Feeling as though he had made a terrible mistake and in fear of losing his investment, Cromwell decided to ask his credit card company to refund his $5,000 but luckily for him they would deny his request which resulted in more than $70,000 in engagements for his firm from the very next audit client that was referred by GoodAccountants.com. “Unfortunately, I think accountants tend to be very skeptical of things in general,” says Cromwell in retrospect.

Not unlike most accountants, Cromwell has built his entire tax and audit practice through years of relying upon word-of-mouth referrals from existing clients and professional associates. Notwithstanding, it would be his second appointment scheduled by GoodAccountants.com with a thirty-five year old, not-for-profit, community development corporation, that would result in a three year contract worth fifty-one thousand dollars in billings. “The audit fee for the first year is $16,500 and for years two and three, the fee will be $17,500 for each of those years which is more than $50,000 in total,” says Cromwell. “We did such a good job for them that they referred another unrelated not-for-profit to us which has turned into an additional $20,000 engagement for us,” says Cromwell.

“Despite the great client development results we have delivered for more than ten years, some accountants still do not see an investment in marketing their practice as worthwhile,” says Stephen Mack, a Senior Business Consultant with GoodAccountants.com. “Many accountants are locked into an antiquated way of thinking, when it comes to growing their practice,” he adds. “Even after joining us, many of them are afraid they’re not going to get clients, which is why we provide a billings guarantee that says we will continue to market for them at no additional charge until they land a client that will pay at least an amount equal to their $5,000 membership fee,” explains Mack.

For more information about purchasing a membership with GoodAccountants.com or learning about their advertising performance guarantee (click here).