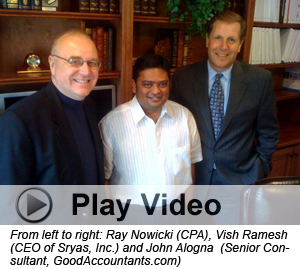 A new “reality television show” that will feature accountants across America begins this fall when GoodAccountants.com rolls out its first episode on September 17th.

“Although our reality show may not be debuting on a major television network or cable station it will be highly visible on such web properties as YouTube, Hulu, MySpace and FaceBook,” says Michael D. Montoya, Social Media and Viral Marketing specialist with GoodAccountants.com. “For far too long accountants have been branded as being the most boring human beings on the planet and it’s high time to change that perception which necessarily isn’t true,” he adds. Although accountants do serious work not all of it is done in dimly lit dungeons behind six-inch thick walls ten stories below ground level. Instead, the show will depict accountants who are gregarious, engaging and extremely important to their clients. “There are accountants out there who make a difference and we’re going to bring them to the public’s attention through this show and we’re going to do it in a very entertaining way,” says Montoya. 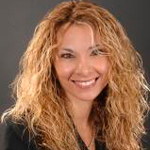 Debbie Ford has been recently recruited by GoodAccountants.com to the position of Manager of Affiliate Marketing and coordinator of the company’s internet based, reality television show. Debbie formerly served as Director of Sales for a Long Island based manufacturing company in her previous position where she was responsible for managing the Sales and Customer Service departments. During her eleven year tenure in her previous position Debbie found working side by side with her clients and helping them grow their business and secure major accounts most rewarding. “I am excited to be joining the ranks at GoodAccountants.com as the new Manager of Affiliate Marketing and look forward to helping the accountants in our Designated Service Provider Program grow their client base and to assist our clients in taking their businesses to the next level,” says Ford about her new position. For further information about becoming a participating member of GoodAccountants.com contact Debbie Ford at 1 (800) 505-7861 ext. 1016

GoodAccountants.com will offer a series of weekly episodes that will feature accountants who participate as members of its marketing network and will air them on its own website along with a number of social media sites that find such content highly relevant to their users. Partner site Lifeafter50.com whose website traffic exceeds more than 12 million daily impressions will carry a portal that will give its users access to the show.

“What’s interesting here is the continuing metamorphosis of social media in ways that are highly unique and which we believe will help promote the accountants in our network along with the business owners who use our website while bringing attention to a whole different side of the accounting profession,” says Montoya.

“It’s pure genius,” says Ray Nowicki, one of the first accountants to be featured by the show and who in his first month of joining GoodAccountants racked up a $26,000 annual engagement along with a pending deal that could gross more than an additional $100,000 in annual billing for his firm, Nowicki and Company based in Buffalo, New York. Nowicki, who has an extremely affable personality, was able to overcome his skepticism about accepting a client referral from ‘out of the blue’ as he puts it, when John Alogna, a Senior Consultant with GoodAccountants first contacted him.

“There is a vast audience of accountants, business owners, entrepreneurs and individual tax payers out there who are simply unaware of each other and will benefit from the subject matter and information these webisodes will bring to them,” says Johanna Laurent, CEO of GoodAccountants.com. “Several episodes will feature some of the small business owners we’ve helped find their accountant,” she adds. “We’re actually sending out hundreds of invitations to these small business owners inviting them to share how their new accountant has been instrumental in helping them overcome the challenges of a tough economy,” says Laurent.

To further promote viewership every episode will also be transmitted via email to more than 500,000 business owners and financial professionals each week. Taxes, healthcare and other issues of the day are topics that will make up some of the subject matter the show will tackle. “Corporate sponsors such as American Express, Verizon and Hewlett Packard among others will find a new and exciting venue to reach the small business community through this show,” adds Laurent.

To see the first installment of the new GoodAccountants.com ‘reality show’ click here.

Please refer all media inquires to Michael Montoya at GoodAccountants.com. Michael can be reached at mmontoya[@]goodaccountants.com