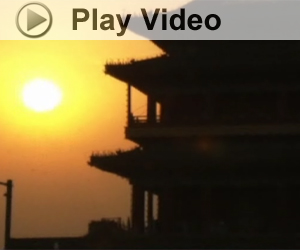 Like many small companies that experience exponential growth after landing a large contract, AvePoint A Microsoft Gold Certified Partner and maker of backup and recovery software for Microsoft’s SharePoint Technology saw its staff grow from ten employees to two hundred in the span of eighteen months. When asked how one manages such epic growth the simple response that was given by AvePoint’s Chief Operating Officer, Tianyi Jiang is “You need a good accountant.” Little did Tianyi Jiang know he would be asked to utter those exact words during a television commercial that he along with AvePoint’s Vice President of Marketing, Tony Lanni would subsequently do for GoodAccountants.com. (Hear directly from Tony Lanni and Tianyi Jiang explain why they chose GoodAccountants.com to find their accountants.)

In 2006, AvePoint launched the first software-based SharePoint disaster recovery solution for SharePoint Portal Server (SPS). Suddenly with offices in New York and Beijing China, AvePoint found itself having to reconcile international transactions with its domestic accounting along with having to manage a world-wide marketing and distribution effort. GoodAccountants.com was able to stir AvePoint in the right direction in finding the right accountants that could help them manage their worldwide accounting and financial operations by referring Mendonca & Suarez, LLC,1030 Salem Road, Union, NJ 07083.